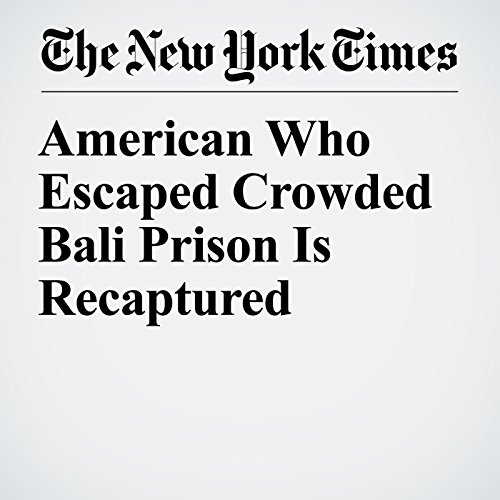 Nearly a week after escaping from a notoriously overcrowded prison in Bali, a U.S. citizen arrested in August on drug charges is back in police custody.Chrishan Beasley, 32, was recaptured on the island of Lombok, Indonesia, about 100 miles east of where he had been awaiting trial, in Kerobokan Prison. Indonesian police say they seized Beasley on Saturday in front of a budget hotel in the tourist town of Senggigi.

"American Who Escaped Crowded Bali Prison Is Recaptured" is from the December 18, 2017 World section of The New York Times. It was written by Jeffrey Hutton and narrated by Archie Montgomery.