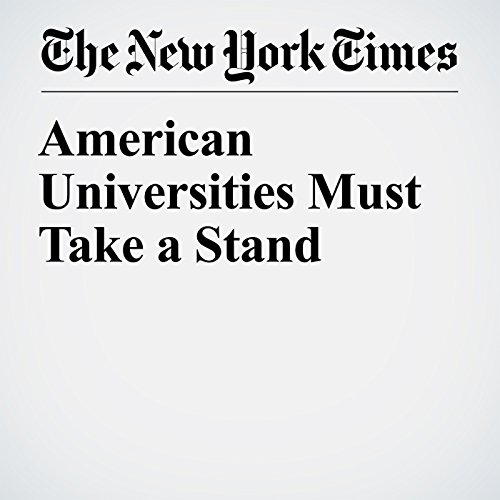 American Universities Must Take a Stand

The atmosphere of suspicion and insecurity created by the undermining of truth provides the perfect environment for President Trump’s recent actions on immigration. The American university’s future, indeed its most fundamental reason for being, is imperiled by a government that constructs walls on the Mexican border, restricts Muslim immigrants and denigrates the idea of America as a destination for refugees.

"American Universities Must Take a Stand" is from the February 07, 2017 Opinion section of The New York Times. It was written by Leon Botstein and narrated by Caroline Miller.