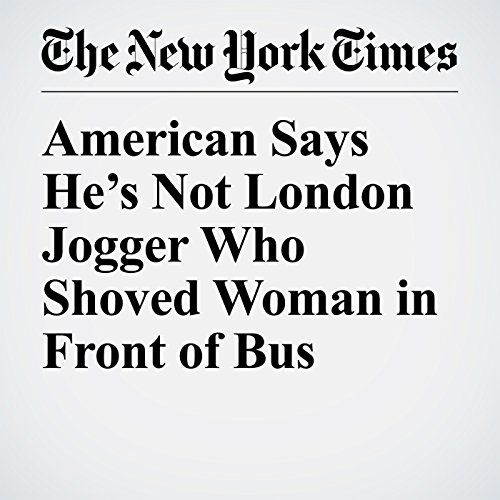 What appeared to be an open-and-shut case involving a jogger in London who pushed a woman in front of a bus is suddenly — and surprisingly — open again.

"American Says He’s Not London Jogger Who Shoved Woman in Front of Bus" is from the August 11, 2017 World section of The New York Times. It was written by Sewell Chan and narrated by Barbara Benjamin-Creel.