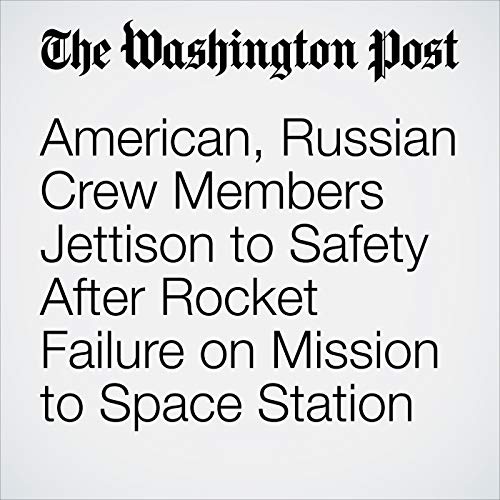 MOSCOW — A Russian Soyuz rocket malfunctioned shortly after liftoff Thursday on a mission to the International Space Station, forcing the two-member crew — an American and Russian — to trigger an escape system that sent them on a hurtling emergency landing 200 miles away in the steppes of Kazakhstan.

"American, Russian Crew Members Jettison to Safety After Rocket Failure on Mission to Space Station" is from the October 11, 2018 World section of The Washington Post. It was written by Anton Troianovski and Amie Ferris-Rotman and narrated by Sam Scholl.