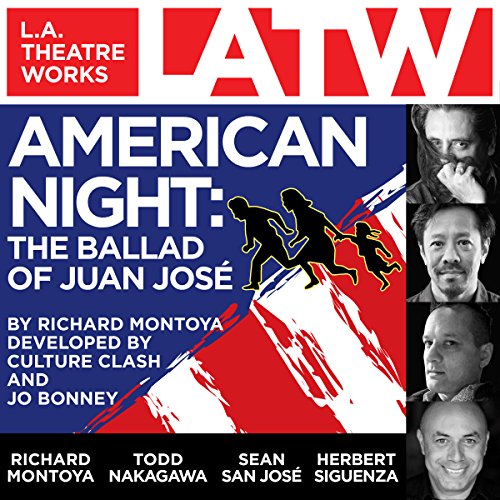 In this wild satire, a Mexican immigrant has a feverish dream while studying for his American citizenship exam. He meets a parade of characters ranging from Sacagawea to Teddy Roosevelt to Jackie Robinson, who take him on a mind-bending, hilarious, and poignant trip through American history. An L.A. Theatre Works full-cast recording, featuring Keith Jefferson, Richard Montoya, Todd Nakagawa, Sean San José, Kimberly Scott, Herbert Siguenza, Tom Virtue, Libby West, and Caro Zeller. Directed by Shana Cooper. Recorded before a live audience.

There should be a break between chapters to allow the shift in scenes to be understood more easily.