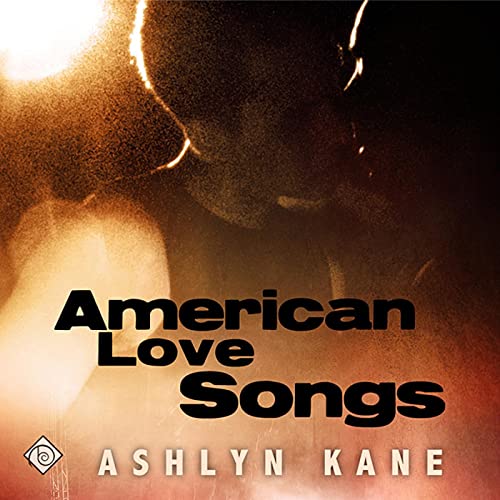 Jake Brenner has too many wild oats to sow to fall in love - or so he claims. Besides, he's much too busy with his band, the Wayward Sons, to go looking for romance. His reticence has nothing to do with his embarrassing crush on Chris, the band's lead singer and Jake's erstwhile best friend. But that was before enigmatic wanderer Parker McAvoy signed on as the band's new lead guitarist. He can only deny his attraction to sweet, dorky Parker for so long before the urge to do something about it becomes impossible to ignore. The trouble is, Parker knows all about Jake's philandering ways - and oh, yeah, he's not gay. Or so Jake thinks until a string of related events provides encouraging new insight.

Can he convince Parker to overlook his colorful past and give him a chance? Or will this love song fade out before it even begins?

Somewhere in the Middle

I would certainly recommend this book to a friend but must admit that this would be a title I would rec only if I've run out of more interesting titles. It's definitely worth the recommendation and is by far better than most other books out there in this genre. Still, it's not the kind of book you'll find yourself listening to over and over. So, it's not going to be one of those titles that immediately spring to mind when a friend asks for a recommendation.

The most interesting aspect was the romance between the two male leads. I liked the development of the romance between the two men, as well as the friendship within the band between the bandmates. I was however a little irritated because one of the men already had an established best friend and suddenly the two lead men were being referred to as 'best friends' just to perhaps give the upcoming relationship a firmer foothold. I don't mind the two men being best friends. I just got a little miffed because I saw no point in establishing a bff just to 'replace' him, since the bandmates are all pretty tight with each other throughout the story anyway.

The least interesting aspect I found was the climb from obscurity to fame. I am admittedly divided on this opinion because on one hand it was very interesting to live the 'journey'. However, on the other hand this is a romance novel. Brace yourself, I warn, because 3/4 of this book has no romance whatsoever. It's all about the climb. For the 1/4 that is all about the romance however, this was admittedly well written and well-read. So while I was seriously bored during some parts, if those parts were edited out, the story would have fallen flat because so much of it was about the rags-to-riches. To take even the tiniest bit of that away would have destroyed the story. The UST however was nicely handled, and the fact that the main characters were best friends helped to distract from the lack of romance. Also, the second half of the book does its best to make up for the prudeness of the first half. So, much of this is forgiven.

I loved Sean Crisden's performance. As usual, it's not his best performance, but neither is it close to being his worst. He does a very good job with establishing each character and bringing his own unique brand of youthful enthusiasm to the read. He kept my interest in the story even at its most boring points.

I realize though that my like for Crisden as a narrator helps me to appreciate this and some other novels he's narrated, more than if I'd read them myself in print form. I imagine that if you dislike Crisden as a narrator then this may not be the book for you to buy. In my opinion he carries the book further than I would have appreciated it on its own. In the same way, I imagine that in this particular book, disliking him as a reader can just as much take away from the experience, especially because so much of this book is about the band, the bandmates' friendship, and their journey from obscurity to fame, more than about the two men who eventually - admittedly convincingly and very gorgeously, and slowly - fall in love with each other.

Great after the story gets going....

This was a great romance and quite funny after like chapter 6! Serious... I got so confused at the beginning but then I soon realize Jake is reading from his blog, about his band. I like how the beginning history of the band is told, and quickly jumps to present day. When Parker comes on the scene, I felt an instant connection with him, but I knew something fishy was going on with him. When the truth comes out about Parker, they never say what the letter say... so I am wonder if this was wrote like this or just edited out. It doesn't take away from the story though. After like chapter 7 the story really gets going...but since there are only 10 chapters, this is a problem I think. The chapters are really really long though...so that is a plus.

Narration was great. Sean Crisden was awesome. I think if Crisden didn't narrate this, the story wouldn't have been so good. The narrator can really make or brake a book and Crisden made this book~!

Sean Crisden's narration that kept me hanging on

I really liked the first 65% of this story. I was into it - majorly. Everything was clicking right along for me, the UST was awesome, I liked Jake and was enjoying his utter obliviousness of what was happening right in front of him; I liked Nate and was just waiting for him to finally man up and admit what was going on...I was digging it all.

Then...it unraveled. It seemed like Nate's age decreased with every passing minute. His emotional maturity suddenly disintegrated. He went from hot to kind of whiny and annoying. I couldn't understand why Jake was apologizing for things I felt like he shouldn't have had to apologize for or why Jake had to "prove" himself to Nate.

Almost until the end I was all, "What's up with that?" I couldn't understand how it all fell apart for me. Even the sexy times didn't perk me up.

I'll tell you, it was pretty much only Sean Crisden's narration that kept me hanging on until the end. All in all, I'd give 4 stars for the beginning and then downgrade to 2 stars for the end - so 3 stars all together.

P.S.: What was with all the footnotes?!

Would you consider the audio edition of American Love Songs to be better than the print version?

I only have the audio edition of this. However, let me take a minute to say that I have some printed books that I've later bought the audio so that I can hear Sean Crisden narrate the story. I love Sean Crisden's performance and delivery.

What other book might you compare American Love Songs to and why?

I don't know that I can compare it, as I don't have too many similar books. This was a down to earth, believable, yet interesting love story. It was such an enjoyable listen! And this story was so well written. You really got an insight into the very well developed characters and got to share in their lifes. Lots of laugh out loud moments, some HOT moments, and a overall 'feel good' during and when finished.

Which character – as performed by Sean Crisden – was your favorite?

The romantic leads, both Jake and Parker. Interesting and funny apart, and together they're that much more adorable. There intimate scenes were pretty hot too! ;)

Who was the most memorable character of American Love Songs and why?

Parker was most memorable because he drew you with his shy, intelligent, funny personality. And he's such a good guy. The kind that you cheer on and hope good things happen to him.

I can't begin to understand the low ratings that I saw. Unfortunately, they delayed my purchase of this book. I'm SO glad that I went ahead and bought it anyway. This is now among my favorite, and I've listened to it a couple of times already.

What made the experience of listening to American Love Songs the most enjoyable?

The narrated did a wonderful job.

What other book might you compare American Love Songs to and why?

Loved the story - disliked the narrator

I really enjoyed this story. It was an enjoyable friends to lovers romance and fun to listen in short increments during my daily commute. I would purchase books by Ashlyn Kane again. My issue was with the narration.

The narrator changed his voice as he read for various characters and I found this very distracting. It was particularly distracting because he voiced the characters as though they were caricatures of themselves. All of the female characters sounded like they might if you were making fun of how teenage girls speak to each other. It was annoying and not all young women up-talk. I liked the book enough to download the ebook and deleted the audio book.

Story was just ok - nothing exceptional, and the characters just never really clicked for me.
The Narration was excellent of course and carried the book up to a overall 4*

some of the best prose I've found.

The imagery and expressiveness of the writing is 1st class. I recommend it to all who can accept it.

I am a big fan of Ashlyn Kane and read the paperback of American Love Songs years ago. When I felt like re-reading it, I chose the audiobook and was very happy with my decision.

What was one of the most memorable moments of American Love Songs?

Parker's accidental audition is one and the ongoing blog posts primarily by Jake.

Crisden did a good job with vocal characterizations and maintained the various "voices" well throughout the story.

Moved? Not really, but I did find that Parker wanting to keep his relationship with Jake a secret was "less than kind".

I highly recommend American Love Songs, and will most certainly listen to is again.

This was a fun and witty listen. The narrator did a great job but the story didn't really blow me away. It was just OK. It was more of a what happens to a band of friends when they make it big. No real drama, sort of boring on the romance level.