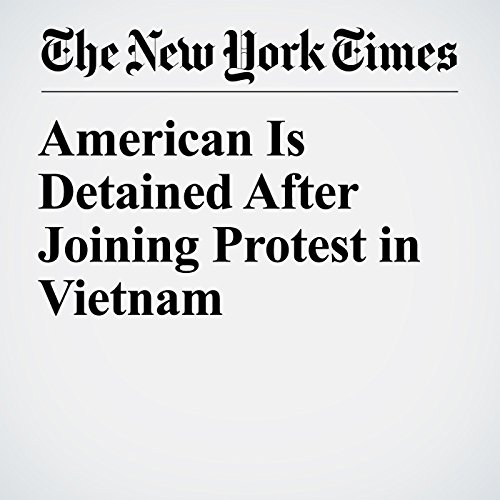 American Is Detained After Joining Protest in Vietnam

HONG KONG — A U.S. citizen was among dozens of people arrested in Vietnam this week during protests against proposed special economic zones that have raised fears of Chinese encroachment.

"American Is Detained After Joining Protest in Vietnam" is from the June 14, 2018 World section of The New York Times. It was written by Austin Ramzy and narrated by Kristi Burns.