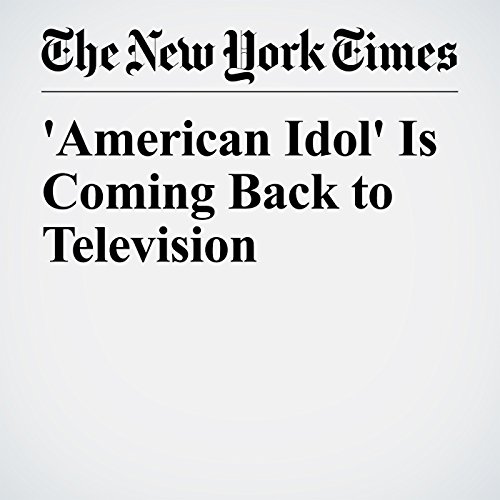 “American Idol,” the genre-shattering singing competition show that went off the air just a year ago because of falling ratings, is coming back to television on ABC.

"'American Idol' Is Coming Back to Television" is from the May 09, 2017 Entertainment section of The New York Times. It was written by John Koblin and narrated by Kristi Burns.