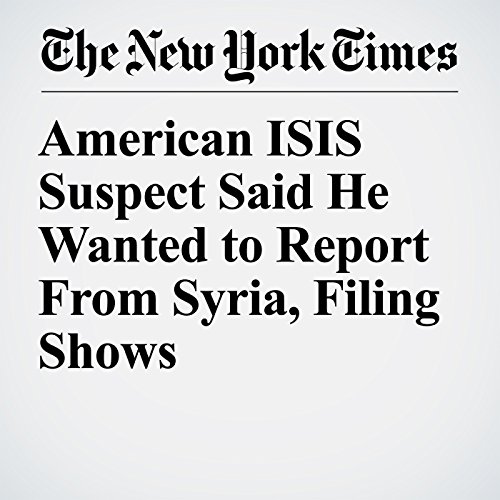 The American citizen imprisoned by the military for five months as an enemy combatant told interrogators he worked for the Islamic State guarding a gas field and monitoring civilians, and captured recruiting files indicate that he registered with the group as a fighter in July 2014, a newly declassified court document said.

"American ISIS Suspect Said He Wanted to Report From Syria, Filing Shows" is from the February 15, 2018 World section of The New York Times. It was written by Charlie Savage and narrated by Barbara Benjamin-Creel.