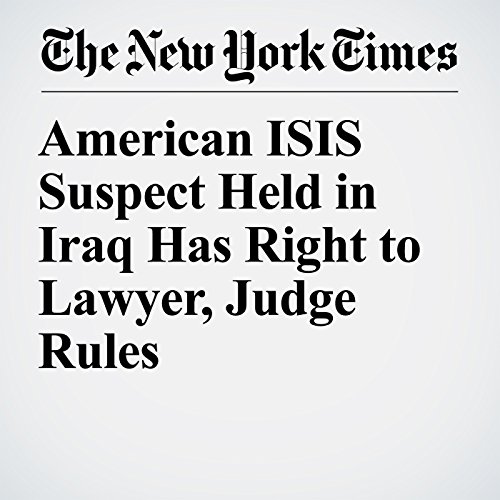 Calling the Trump administration’s position “disingenuous” and “troubling,” a federal judge on Saturday ordered the Pentagon to permit a lawyer for the American Civil Liberties Union to meet with a U.S. citizen who has been imprisoned in military custody for three months after being deemed an enemy combatant.

"American ISIS Suspect Held in Iraq Has Right to Lawyer, Judge Rules" is from the December 24, 2017 U.S. section of The New York Times. It was written by Charlie Savage and narrated by Keith Sellon-Wright.