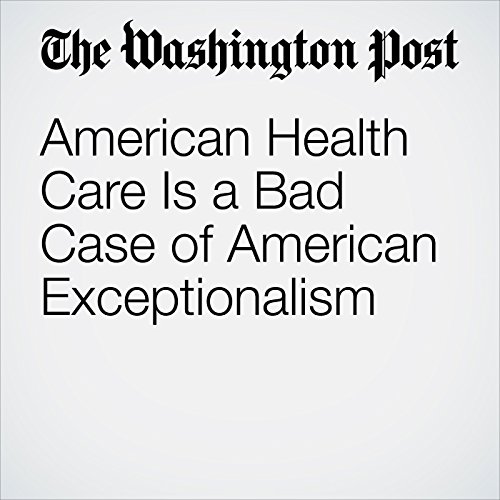 Washington has been consumed by a furious debate over the Senate’s recently unveiled health-care bill. The measure's opponents — along with the nonpartisan Congressional Budget Office — warn that, if passed, the bill could lead to tens of millions of Americans losing health insurance.

"American Health Care Is a Bad Case of American Exceptionalism" is from the June 28, 2017 WorldViews section of The Washington Post. It was written by Ishaan Tharoor and narrated by Kristi Burns.