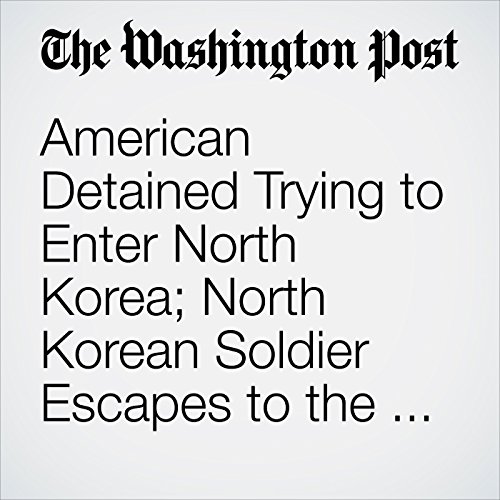 The Demilitarized Zone separating the two Koreas was the scene of an unusual amount of action Monday, as an American man unsuccessfully attempted to cross into the North and a North Korean soldier succeeded in defecting to the South.

"American Detained Trying to Enter North Korea; North Korean Soldier Escapes to the South" is from the November 13, 2017 World section of The Washington Post. It was written by Anna Fifield and narrated by Sam Scholl.