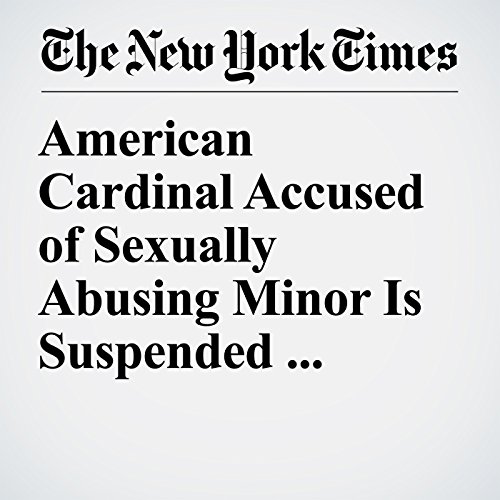 Cardinal Theodore E. McCarrick, the former archbishop of Washington and a prominent Roman Catholic voice in international and public policy, has been suspended from ministry after an investigation found credible allegations that he abused a teenager almost 45 years ago while he was a priest in New York, the New York archdiocese said in a statement Wednesday.

"American Cardinal Accused of Sexually Abusing Minor Is Suspended From Ministry" is from the June 20, 2018 U.S. section of The New York Times. It was written by Laurie Goodstein and narrated by Keith Sellon-Wright.