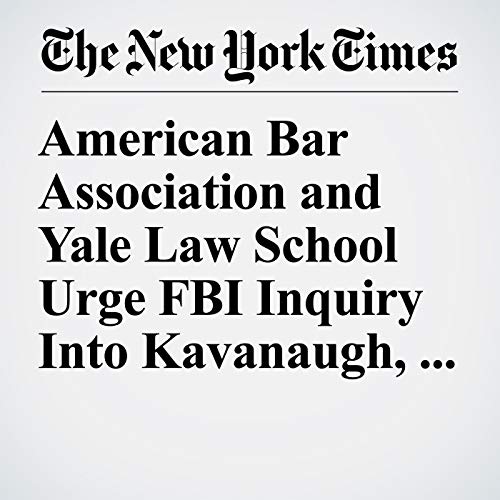 The American Bar Association called Thursday evening for postponing a vote on Judge Brett Kavanaugh’s nomination to the Supreme Court until sexual assault and misconduct allegations made by Christine Blasey Ford and others are investigated by the FBI.

"American Bar Association and Yale Law School Urge FBI Inquiry Into Kavanaugh, as Jesuits Pull Endorsement" is from the September 28, 2018 U.S. section of The New York Times. It was written by Austin Ramzy and Christine Hauser and narrated by Barbara Benjamin-Creel.