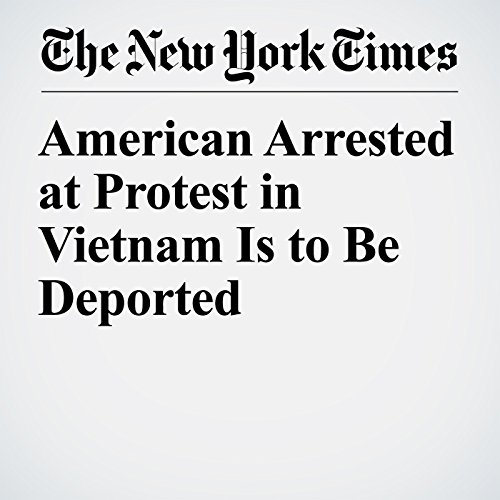 An American graduate student who was arrested during a protest in Vietnam last month will be released and deported, a court announced Friday, soon after the man went on trial for disrupting public order.

"American Arrested at Protest in Vietnam Is to Be Deported" is from the July 19, 2018 World section of The New York Times. It was written by Austin Ramzy and narrated by Barbara Benjamin-Creel.