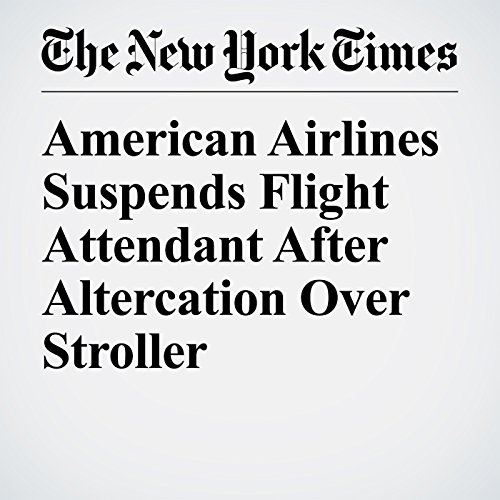 American Airlines suspended a flight attendant after an altercation on Friday in which the attendant took a stroller from a woman traveling with two young children and then argued with other passengers. The episode was captured, in part, on video.

"American Airlines Suspends Flight Attendant After Altercation Over Stroller" is from the April 22, 2017 U.S. section of The New York Times. It was written by Eli Rosenberg and narrated by Kristi Burns.