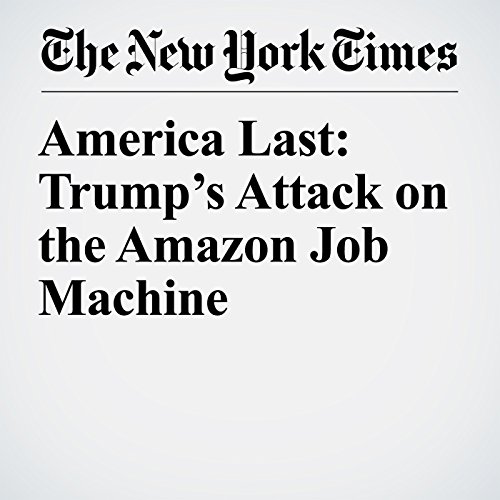 President Donald Trump has declared war on Amazon, the nation’s second most valuable company. Amazon is creating more jobs than all but a handful of entire states. And nearly every major city in the country is vying to land the second headquarters of this global retailer and the 50,000 high-paying positions it promises to bring.

"America Last: Trump’s Attack on the Amazon Job Machine" is from the May 25, 2018 Opinion section of The New York Times. It was written by Timothy Egan and narrated by Barbara Benjamin-Creel.