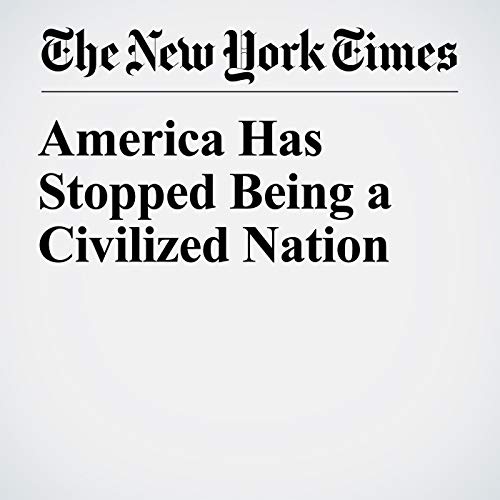 NASHVILLE, Tenn. — On Thursday morning, The Knoxville News Sentinel published a front-page story by Matt Lakin about the imminent execution of Billy Ray Irick. The inmate had been on death row since 1986, a year after he confessed to raping and murdering a 7-year-old child left in his care. The little girl was named Paula Dyer. She called her murderer “Uncle Bill.” The print headline read, “Paula Dyer’s last day on Earth.”Thursday was Billy Ray Irick’s last day on Earth. His execution was the first in Tennessee since 2009.

"America Has Stopped Being a Civilized Nation" is from the August 12, 2018 Opinion section of The New York Times. It was written by Margaret Renkl and narrated by Kristi Burns.