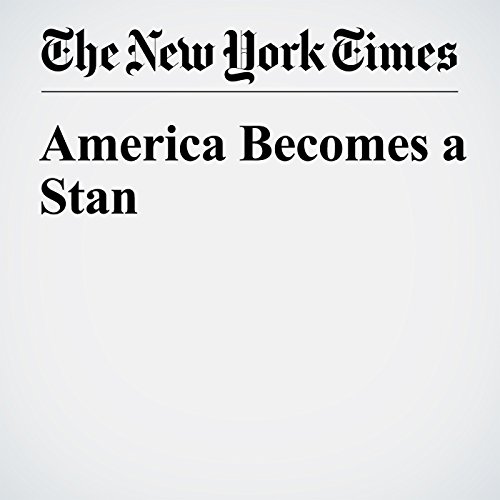 We are, after all, about to hand over power to a man who has spent his whole adult life trying to build a cult of personality around himself; remember, his “charitable” foundation spent a lot of money buying a 6-foot portrait of its founder. Meanwhile, one look at his Twitter account is enough to show that victory has done nothing to slake his thirst for ego gratification. So we can expect lots of self-aggrandizement once he’s in office. I don’t think it will go as far as gold-plated statues, but really, who knows?

"America Becomes a Stan" is from the January 01, 2017 Opinion section of The New York Times. It was written by Paul Krugman and narrated by Kristi Burns.