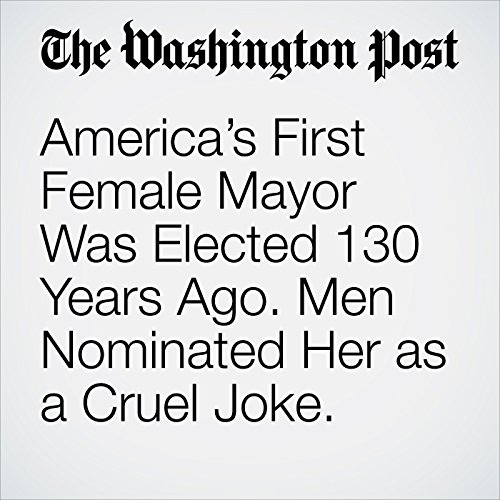 Susanna Madora Salter was 27 years old in 1887 when Kansas women attained the right to vote in city elections, according to the Kansas Historical Society.

"America’s First Female Mayor Was Elected 130 Years Ago. Men Nominated Her as a Cruel Joke." is from the April 07, 2017 Politics section of The Washington Post. It was written by Travis M. Andrews and narrated by Barbara Benjamin-Creel.