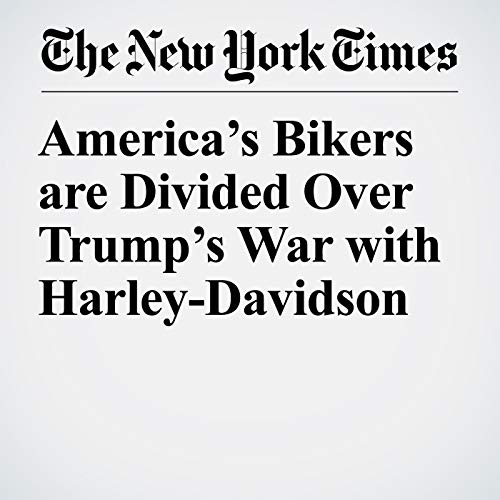 Gary Rathbun rumbled into South Dakota to attend the United States’ pre-eminent gathering of motorcycle enthusiasts atop his Harley-Davidson, a 2009 Ultra Classic that brought him 800 miles from Idaho. It is the 40th Harley he has owned. It will also likely be his last.

"America’s Bikers are Divided Over Trump’s War with Harley-Davidson" is from the August 11, 2018 Business section of The New York Times. It was written by Alan Rappeport and narrated by Keith Sellon-Wright.