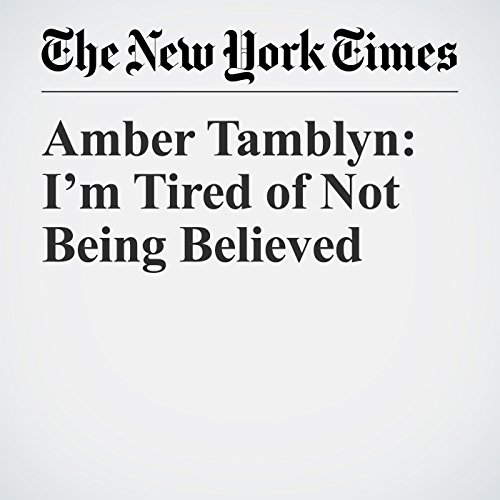 When I was 21, I went into the office of a producer of the television show I was starring in to discuss a big problem. By this point I had been acting for more than a decade, and the show was very successful and beloved. Still, I was nervous to face the firing squad of Emmys that sat behind him and say what I had to say.

"Amber Tamblyn: I’m Tired of Not Being Believed" is from the September 16, 2017 Opinion section of The New York Times. It was written by Amber Tamblyn and narrated by Kristi Burns.