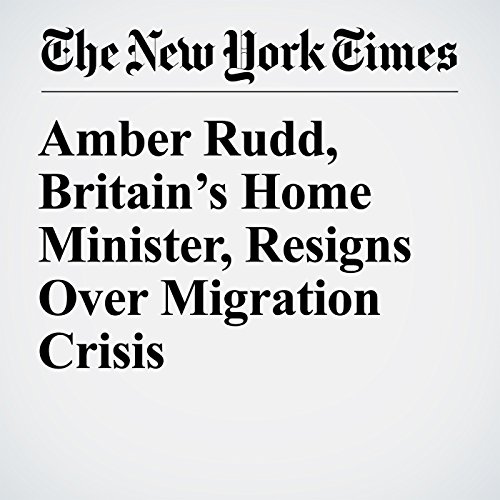 LONDON — Britain’s home secretary, Amber Rudd, resigned on Sunday over her handling of an immigration crisis that has damaged the government of Prime Minister Theresa May — herself a leading architect of tough migration policies.

"Amber Rudd, Britain’s Home Minister, Resigns Over Migration Crisis" is from the April 29, 2018 World section of The New York Times. It was written by Stephen Castle and narrated by Keith Sellon-Wright.