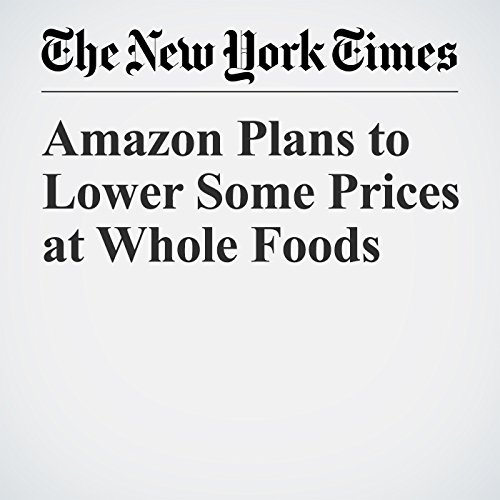 The era of Whole Paycheck, the derisive nickname for Whole Foods, may be drawing to a close. Amazon, which takes control of the upscale grocer Monday, intends to slash prices the same day.

"Amazon Plans to Lower Some Prices at Whole Foods" is from the August 24, 2017 Business section of The New York Times. It was written by Nick Wingfield and David Gelles and narrated by Mike DelGaudio.