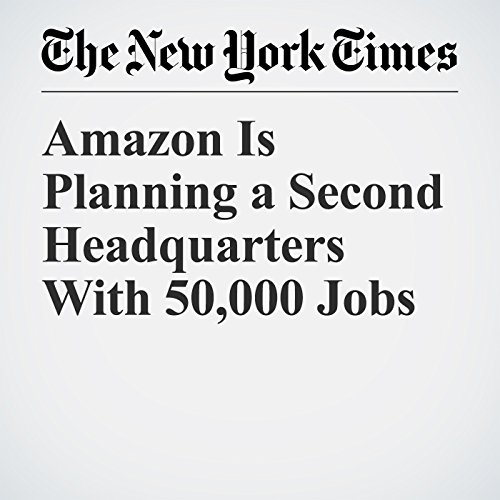 Amazon said on Thursday that it was searching for a second headquarters in North America, a huge new development that would cost as much as $5 billion to build and run, and would house as many as 50,000 employees.

"Amazon Is Planning a Second Headquarters With 50,000 Jobs" is from the September 07, 2017 Business section of The New York Times. It was written by Prashant S. Rao and narrated by Keith Sellon-Wright.