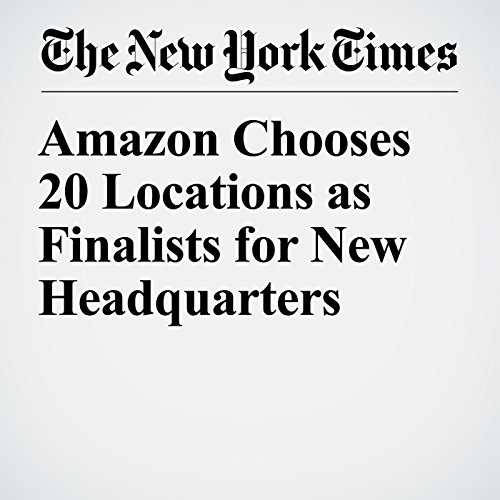 Amazon said Thursday that it had whittled the list of possible homes for its second headquarters to 20, including centers of technology like Boston and some surprise locations like Columbus, Ohio.

"Amazon Chooses 20 Locations as Finalists for New Headquarters" is from the January 18, 2018 Business section of The New York Times. It was written by Nick Wingfield and narrated by Barbara Benjamin-Creel.