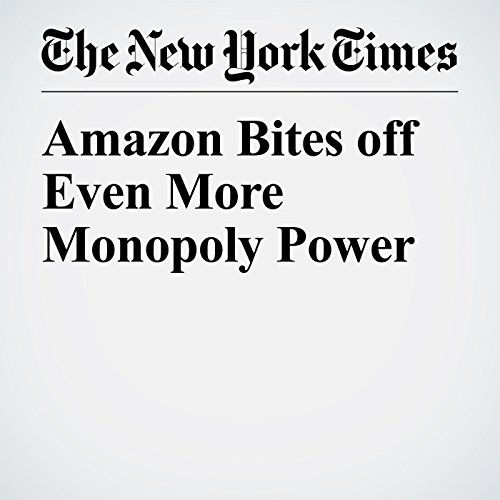 Amazon.com on Friday announced plans to acquire Whole Foods, the high-end grocer. If approved by antitrust enforcers, the $13.7 billion deal would give Amazon control of more than 400 stores, an extensive supply chain and a new source of consumer data.

"Amazon Bites off Even More Monopoly Power" is from the June 20, 2017 Opinion section of The New York Times. It was written by Lina M. Khan and narrated by Kristi Burns.