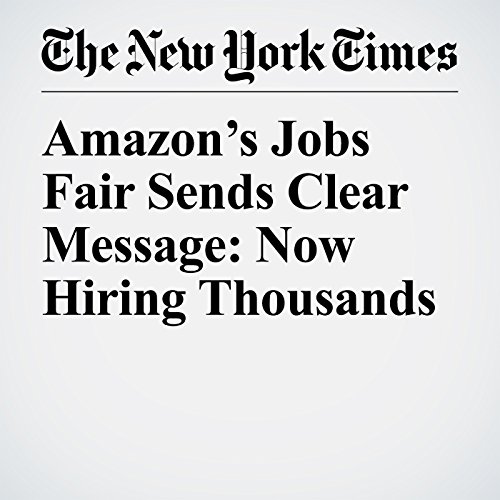 Brandon Williams arrived at an Amazon fulfillment center here, about an hour outside Chicago, around 7:30 a.m. Wednesday, one of thousands across the country who turned up for the company’s first Jobs Day. While he appeared to wilt slightly during the five hours he waited before being summoned for a tour, his enthusiasm did not wane.

"Amazon’s Jobs Fair Sends Clear Message: Now Hiring Thousands" is from the August 03, 2017 Business section of The New York Times. It was written by Noam Scheiber and Nick Wingfield and narrated by Keith Sellon-Wright.