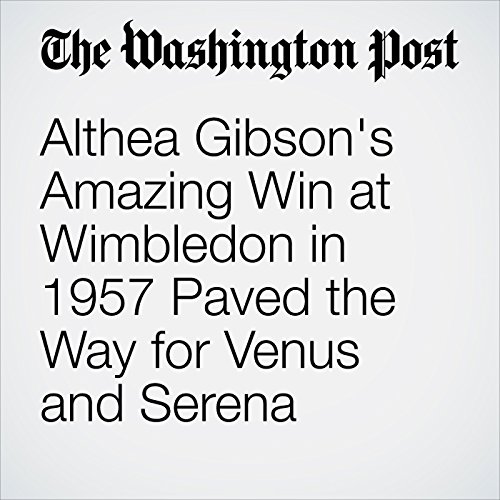 When Venus Williams steps onto Centre Court at Wimbledon on Saturday to vie for her sixth title, she will be following in the footsteps of a black tennis pioneer.

"Althea Gibson's Amazing Win at Wimbledon in 1957 Paved the Way for Venus and Serena" is from the July 14, 2017 Retropolis section of The Washington Post. It was written by DeNeen L. Brown  and narrated by Jenny Hoops.