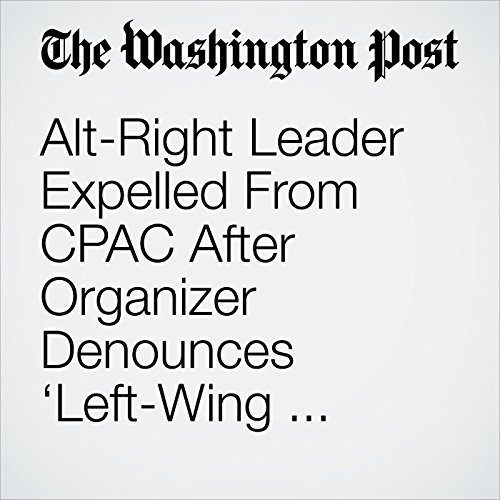 Richard Spencer, a founder of the alt-right movement that seeks a whites-only state and that strongly backed Donald Trump for president, was expelled from the Conservative Political Action Conference after being criticized from its main stage, then giving interviews to a growing crowd of reporters.

"Alt-Right Leader Expelled From CPAC After Organizer Denounces ‘Left-Wing Fascist Group’" is from the February 23, 2017 Politics section of The Washington Post. It was written by David Weigel and John Wagner and narrated by Sam Scholl.