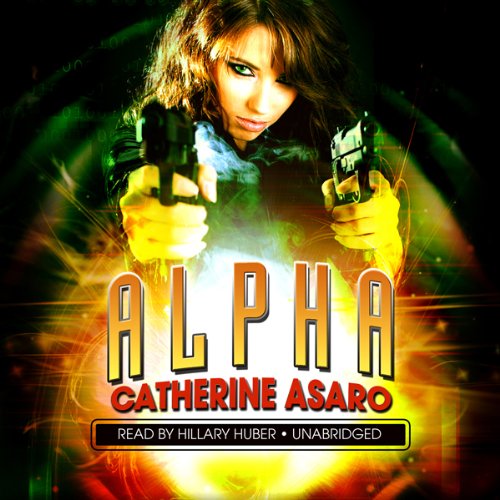 Charon, a ruthless criminal and practitioner of illegal robotics, has died, and General Thomas Wharington believes his team has deleted all the electronic copies the inventor created of himself. But one major problem remains: Alpha, the sole survivor of Charon's cybernetic empire.

Outwardly indistinguishable from a human woman, Alpha has superhuman capabilities, some of which are still unknown. Wharington's superiors want her dismantled and studied, but to Wharington, it feels like murder. When he stalls for time, Alpha escapes, kidnaps Wharington, and takes him to one of Charon's hidden installations to carry out her late master's orders. Meanwhile, her behavior is becoming more human, or so it seems. Is she developing emotions and a conscience, or just learning to counterfeit them?

Did not want the story to end

I have listen to all of book by Catherine Asaro and like all of them. This book is one of the best. I wanted the story to go on. I wish she would take up writing full time. The Narration by Hillary was excellent.

Not sure why this book hasn't been reviewed yet? Asaro's Ruby Dynasty series is terrific, and this stand-alone scit-fi book is great too. Perhaps it's too "normal" for some folks to like, but I sure appreciate a book that's well-written, fast-paced, with a solid mostly-upbeat ending. Some of the recent "horror" sci-fi books make me quesy, this was a welcome break, and passed the time well.

Machine becomes sentient story interlaced with a good action adventure story and an interesting AI + Human romance story. The only problem was a female voice trying to do a very masculine part just didn't fit, this being no judgement on the performer who was excellent in spite of this issue.

Would you listen to Alpha again? Why?

No. Although technically fine, the story told completely from a tough military male point of view being read by a woman makes no sense. It just would have been better read by a male, in this case. There are some times, and some individuals that can pull off cross-gender reading, but this one did not.

Would you recommend Alpha to your friends? Why or why not?

The book, yes. The Audiobook, no. Same reason as above.

Who would you have cast as narrator instead of Hillary Huber?