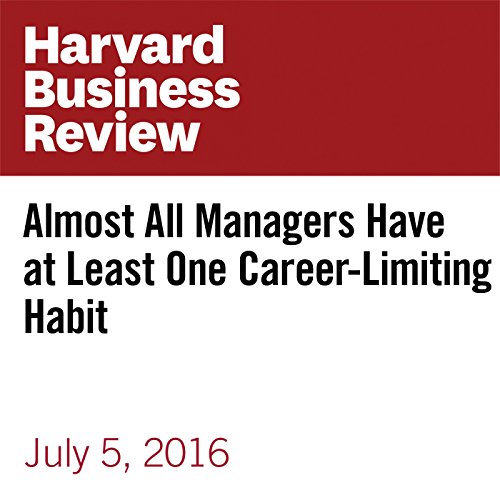 Almost All Managers Have at Least One Career-Limiting Habit

Rick’s boss thinks Rick is both brilliant, and a tyrant. He recently told Rick he is not on the succession plan to become the next CEO because his volatile temper could destroy the company. Rick, like many of us, was one habit away from his ultimate professional aspiration. Ultimately, he retired early and angry, toggling between resentment and self-recrimination at failing to achieve his final goal.

"Almost All Managers Have at Least One Career-Limiting Habit" is from hbr.org, published on July 5, 2016.