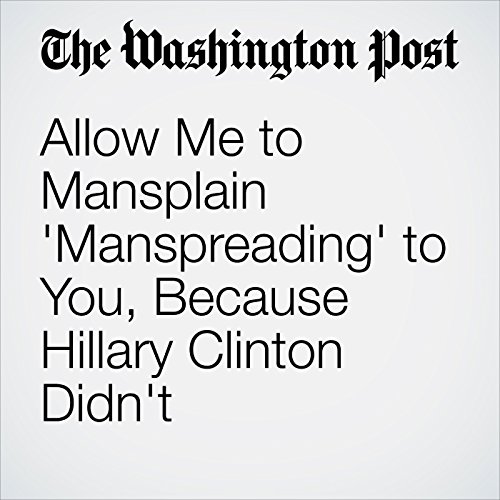 If you are not as hip as Hillary Clinton, then you may have been slightly confused by her claim on CBS's “Late Show” on Tuesday night that Russian President Vladimir Putin had a habit of “manspreading” when she would meet with him during her tenure as secretary of state.

"Allow Me to Mansplain 'Manspreading' to You, Because Hillary Clinton Didn't" is from the September 20, 2017 National section of The Washington Post. It was written by Callum Borchers and narrated by Sam Scholl.