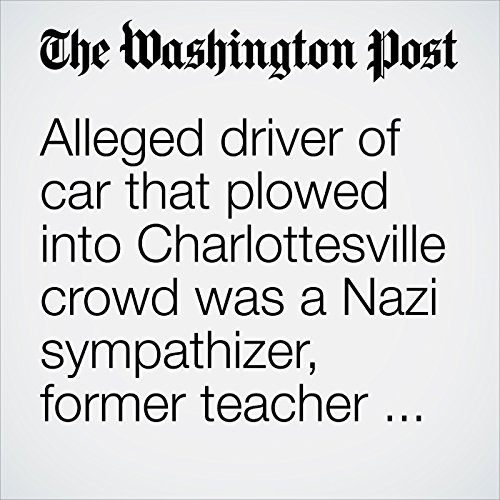 A man accused of plowing a car into a crowd of protesters here — killing one person and leaving 19 injured — long sympathized with Nazi views and had stood with a group of white supremacists hours before Saturday’s bloody crash.

"Alleged driver of car that plowed into Charlottesville crowd was a Nazi sympathizer, former teacher says" is from the August 13, 2017 Local section of The Washington Post. It was written by T. Rees Shapiro, Ellie Silverman, Laura Vozzella and John Woodrow Cox and narrated by Sam Scholl.