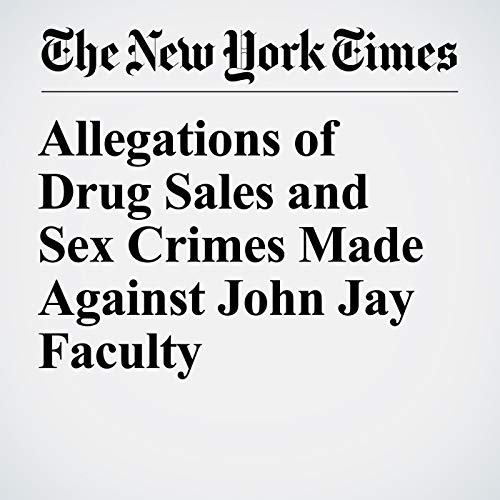 NEW YORK — State authorities are investigating allegations that several longtime professors at the John Jay College of Criminal Justice in Manhattan committed a wide range of crimes and other misconduct, according to documents and people briefed on the inquiry.

"Allegations of Drug Sales and Sex Crimes Made Against John Jay Faculty" is from the September 22, 2018 U.S. section of The New York Times. It was written by William K. Rashbaum and David W. Chen and narrated by Fleet Cooper.