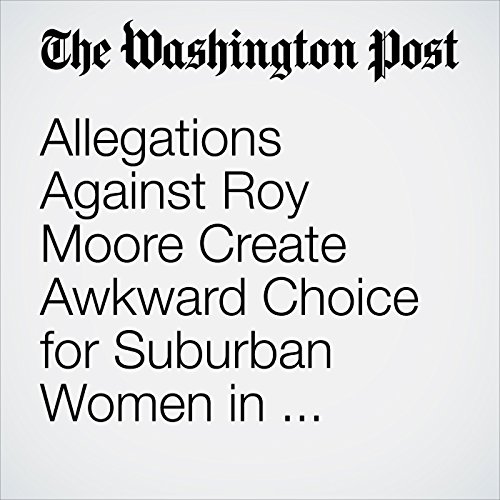 In the closing days of Alabama’s unexpectedly close race ahead of a special election, a battle is emerging for voters like McCafferty: white suburban women who typically support GOP candidates but who, unlike many of their male counterparts, have become uneasy about Moore.

"Allegations Against Roy Moore Create Awkward Choice for Suburban Women in Alabama" is from the November 26, 2017 Politics section of The Washington Post. It was written by David Weigel and narrated by Sam Scholl.