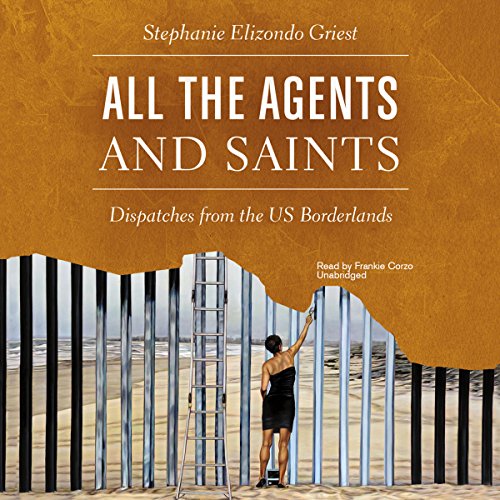 All the Agents and Saints

After a decade of chasing stories around the globe, intrepid travel writer Stephanie Elizondo Griest followed the magnetic pull home - only to discover that her native South Texas had been radically transformed in her absence. Ravaged by drug wars and barricaded by an 18-foot steel wall, her ancestral land had become the nation's foremost crossing ground for undocumented workers, many of whom perished along the way. The frequency of these tragedies seemed like a terrible coincidence, before Elizondo Griest moved to the New York-Canada borderlands. Once she began to meet Mohawks from the Akwesasne Nation, however, she recognized striking parallels to life on the southern border. Having lost their land through devious treaties, their mother tongues at English-only schools, and their traditional occupations through capitalist ventures, Tejanos and Mohawks alike struggle under the legacy of colonialism. Toxic industries surround their neighborhoods while the US Border Patrol militarizes them. Combating these forces are legions of artists and activists devoted to preserving their indigenous cultures. Complex belief systems, meanwhile, conjure miracles. In All the Agents and Saints, Elizondo Griest weaves seven years of stories into a meditation on the existential impact of international borderlines by illuminating the spaces in between and the people who live there.

Cosa pensano gli ascoltatori di All the Agents and Saints

Book has a great story in Mexico board but I think author lost the story at the end they are not connected to each other.