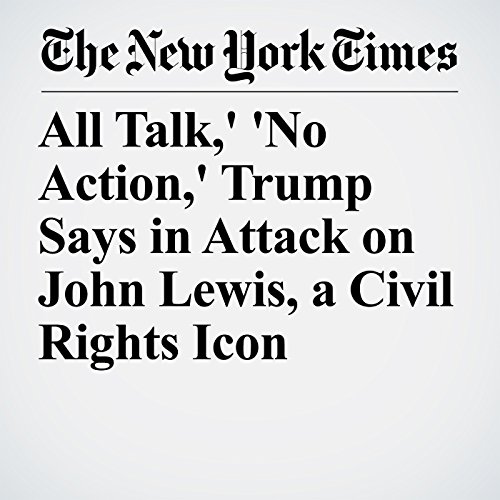 While some questioned Lewis’ assertion, many others expressed indignation about Trump’s outburst, pointing out the unseemliness of attacking a civil rights leader on the eve of Martin Luther King Jr. Day. Lewis was one of the original Freedom Riders, beaten by police officers while marching from Selma to Montgomery in Alabama.

"All Talk,' 'No Action,' Trump Says in Attack on John Lewis, a Civil Rights Icon" is from the January 14, 2017 U.S. section of The New York Times. It was written by Mark Landler and narrated by Fleet Cooper.