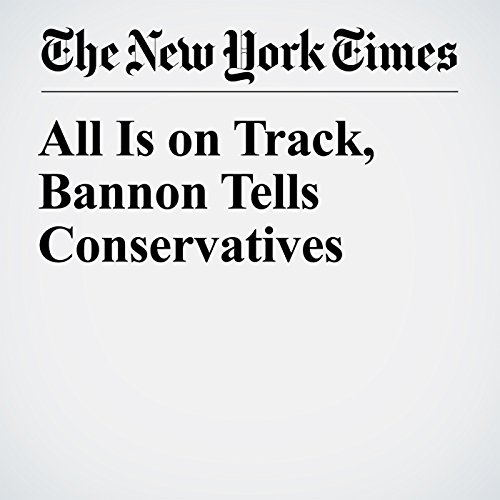 "All Is on Track, Bannon Tells Conservatives" is from the February 23, 2017 U.S. section of The New York Times. It was written by Jeremy W. Peters and narrated by Caroline Miller.