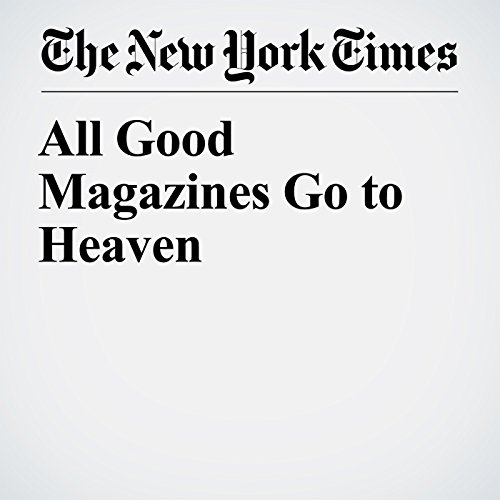 The Hyman Archive was confirmed as the largest collection of magazines in 2012 by Guinness World Records; then, it had just 50,953 magazines, 2,312 of them unique titles.

"All Good Magazines Go to Heaven" is from the January 24, 2018 Lifestyle section of The New York Times. It was written by David Shaftel and narrated by Barbara Benjamin-Creel.