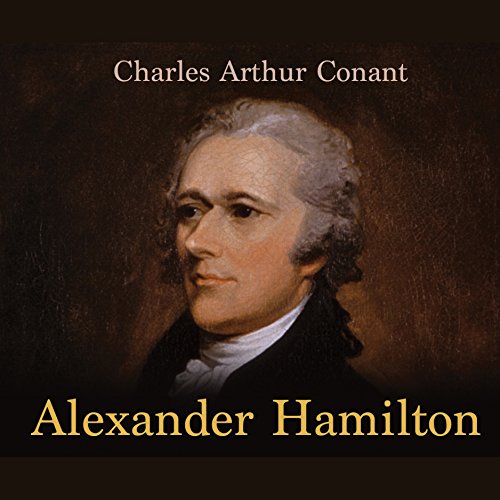 Founding father Alexander Hamilton led a passionate and meaningful life. Nicknamed Little Lion for his short stature and bold ideas, Hamilton played an integral role in the founding of America's union after the Revolutionary War as well the drafting and executing of America's Constitution. His life, chronicled in Charles Arthur Conant's biography of him, exemplifies hard work and accomplishment. Along with fighting in the Revolutionary War, he became America's first secretary of the Treasury under Washington's administration, where he set up the nation's first financial system.

This biographical account of Hamilton's life shows how important he was to the birth and eventual administration of the young American nation. The life of Alexander Hamilton, as recently performed in the Broadway musical.

Doesnt seem to be a fully fledged biography on Hamilton available on Audible. This short but informative book is useful and workmanlike but on the terse side which makes it hard to take in sometimes, especially when issues of economics are being discussed. Book focusses mainly on Hamiltons ideas and his political influence. You won't get much of an idea of him as a person. Clear reading.