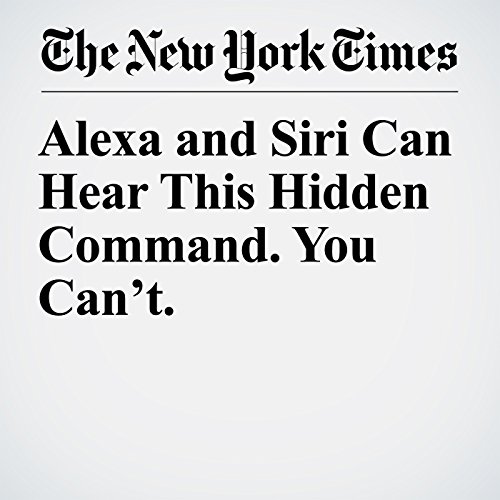 Alexa and Siri Can Hear This Hidden Command. You Can’t.

BERKELEY, Calif. — Many people have grown accustomed to talking to their smart devices, asking them to read a text, play a song or set an alarm. But someone else might be secretly talking to them, too.

"Alexa and Siri Can Hear This Hidden Command. You Can’t." is from the May 10, 2018 Business section of The New York Times. It was written by Craig S. Smith and narrated by Barbara Benjamin-Creel.