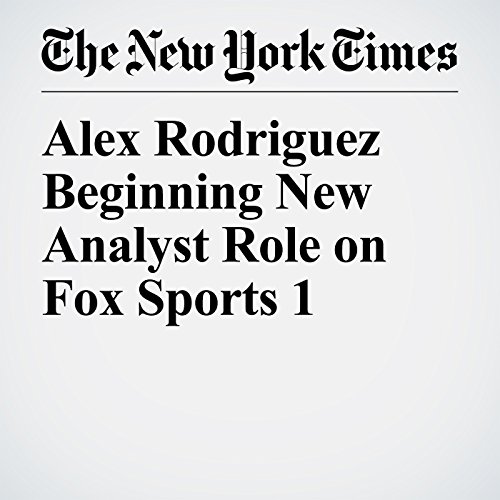 Of all the words Alex Rodriguez is likely to utter when he makes his debut as an in-game analyst Thursday night for Fox Sports 1, there is one he is clearly trying to avoid.

"Alex Rodriguez Beginning New Analyst Role on Fox Sports 1" is from the May 17, 2017 Sports section of The New York Times. It was written by Wallace Matthews and narrated by Keith Sellon-Wright.