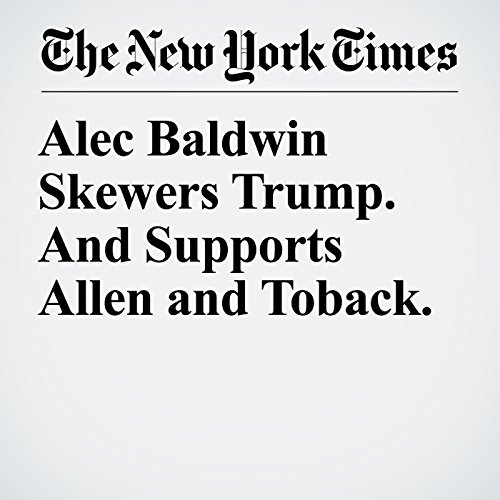 Every couple of weeks, Alec Baldwin takes the stage of NBC’s Studio 8H, the longtime home of “Saturday Night Live,” to impersonate President Donald Trump. Baldwin portrays the chief executive as a blustering bully, imperious with the women on his staff, indignant with female authority figures and unfazed by the accounts of numerous women who say Trump sexually assaulted them.

"Alec Baldwin Skewers Trump. And Supports Allen and Toback." is from the February 02, 2018 Entertainment section of The New York Times. It was written by David Itzkoff and narrated by Barbara Benjamin-Creel.