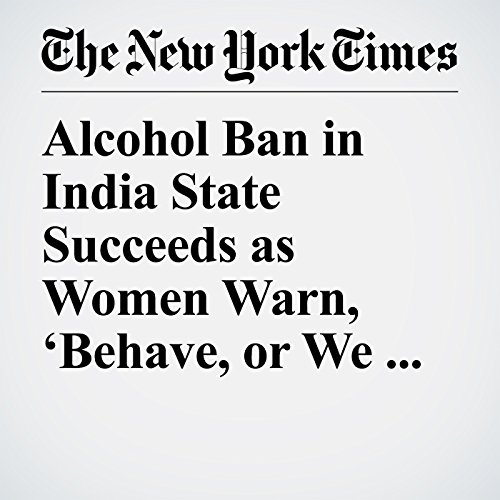 Dozens of women brandishing brooms swooped down on a straw house in this village on a recent Saturday, sending the owner fleeing through a rice field as they seized buckets of fruit juice being fermented into a cheap liquor.

"Alcohol Ban in India State Succeeds as Women Warn, ‘Behave, or We’ll Get Tough’" is from the April 15, 2017 World section of The New York Times. It was written by Geeta Anand and narrated by .