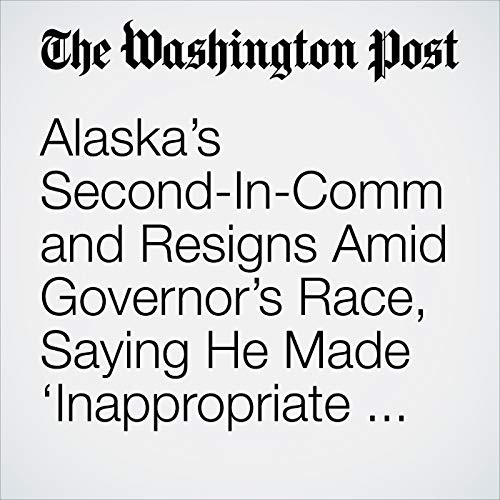 "Alaska’s Second-In-Command Resigns Amid Governor’s Race, Saying He Made ‘Inappropriate Comments’" is from the October 17, 2018 Politics section of The Washington Post. It was written by Eli Rosenberg and narrated by Sam Scholl.