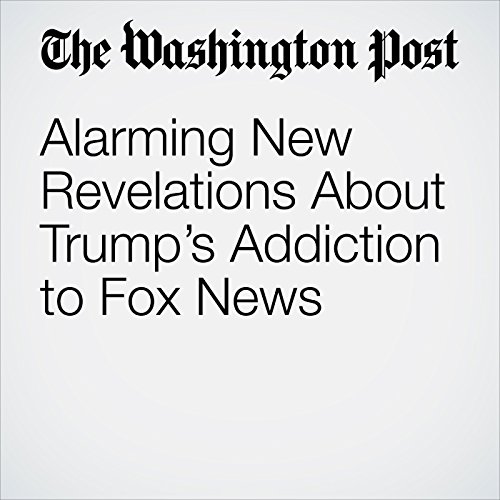 There are two Mueller probes. There’s the one that exists in the Fox News-addled mind of President Trump and his supporters, which features dark conspiracy-mongering about a “Deep State coup” against Trump; out-of-control federal agents jackbooting poor, hapless Trump allies; and, of course, the corrupt failure to prosecute Hillary Clinton. Then there’s the one that exists in most mainstream news accounts, which features a team of investigators mostly going by the book, never leaking, methodically following the facts, albeit very aggressively, wherever they will lead.

"Alarming New Revelations About Trump’s Addiction to Fox News" is from the May 14, 2018 Opinion section of The Washington Post. It was written by Greg Sargent and narrated by Sam Scholl.