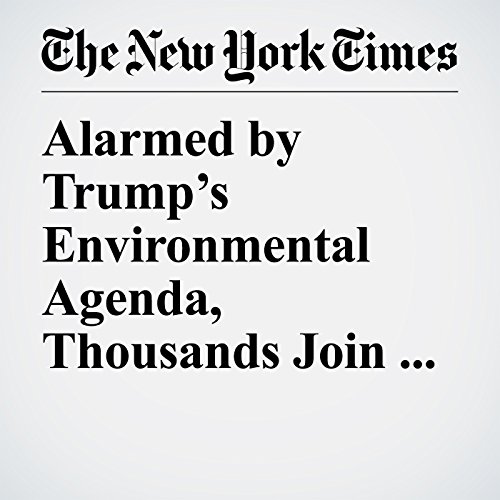 Tens of thousands of demonstrators, alarmed at what they see as a dangerous assault on the environment by the Trump administration, poured into the streets of Washington on Saturday to sound warnings both planetary and political about the Earth’s warming climate.

"Alarmed by Trump’s Environmental Agenda, Thousands Join Climate March" is from the April 29, 2017 U.S. section of The New York Times. It was written by Nicholas Fandos and narrated by Kristi Burns.