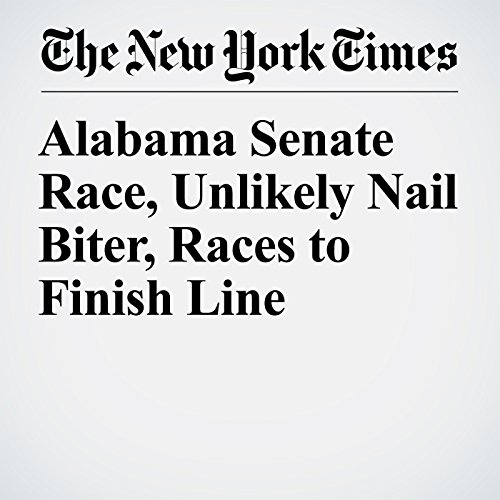 In a blur of television ads, conflicting polls and presidential tweets, Doug Jones and Roy Moore raced Monday to make their final pleas in Alabama’s special election for the Senate, with both candidates focused on turning out their party’s most loyal voters.

"Alabama Senate Race, Unlikely Nail Biter, Races to Finish Line" is from the December 11, 2017 U.S. section of The New York Times. It was written by Alexander Burns and Jonathan Martin and narrated by Keith Sellon-Wright.