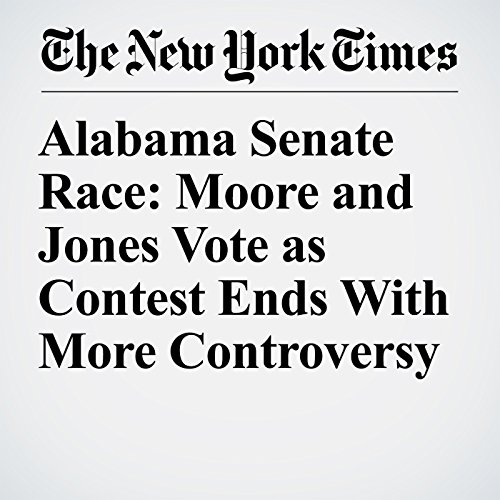 Alabama voters go to the polls Tuesday to decide between Roy Moore, a Republican, and Doug Jones, a Democrat, in a special Senate election destined to be remembered as a strange and ugly campaign carrying immense political implications.

"Alabama Senate Race: Moore and Jones Vote as Contest Ends With More Controversy" is from the December 12, 2017 U.S. section of The New York Times. It was written by The New York Times and narrated by Keith Sellon-Wright.